Home > Inside AFP > Facts not fakes. Do not kill neighboring rights

Facts not fakes. Do not kill neighboring rights

Just two months ago on September 12 the European Parliament voted massively in favour of a proposed directive that gives the press and news agencies hope that they will at last be paid by the giants of the internet. For years the internet giants have picked up thousands of media stories every day without paying a penny to those who produce them.

This historic vote on " neighboring rights " was made possible thanks to an unprecedented mobilisation of journalists and the courage of members of the parliament despite intense pressure from the Big tech firms.

The text now requires a consensus of the parliament, the Council of Ministers and the European Commission.

Today, with a new and widespread lobbying campaign, the internet giants are in the process of successfully emptying the text of substance: they are trying to exclude references to " short extracts ", " factuals " or " snippets " to exclude press agencies and specialist media, and to reduce the protection period for neighbouring rights.

Facts: the essence of journalism

Facts are for all. Everyone can explain and analyse them. However, when a search engine or an aggregator picks up word for word the output from a newspaper or an agency, it is totally normal to pay a neighboring right even if it is only a short extract.

Can one envisage for even a second no payment for a factual story on Brexit or for a tragedy about refugees lost at sea off Greece on the pretext they are " short extracts " ?

Think of the investigative work that goes into publishing the headline " Suicide attack in Baghdad Shiite quarter : 32 dead, say police, hospitals ".  To pen this simple line, the journalist has questioned the police to determine what kind of explosion took place, called the hospitals to establish a casualty toll, visited the scene of the blast for a description and to interview witnesses. Occasionally he may risk his life because it is not unusual for a secondary attack to happen at the same place as the first. This was the case in Kabul recently when nine journalists and photographers lost their lives, including AFP’s Shah Marai.

Establishing facts also requires the elimination of rumours which pollute all major news : a supposed hostage-taking during the 2016 Nice attack that left 86 people dead, a new so called atrocity at the Eiffel Tower on the night of the tragic November 13 events in Paris … Both fake news which pervaded social networks and disappeared only after meticulous checks by the media.

This is the daily work of all journalists, photographers, videographers and it’s been mine too for years in Baghdad, Tehran, Cairo, Damascus, Beirut. If the picking up of reports from publishers and agencies avoids neighboring rights because they are short extracts, the directive will be empty of substance. That will mean that the fundamental work of our trade, the research and writing of proven facts, has no value. And all the investments publishers and press agencies make to bring news to the public will be a complete waste.  It will also mean that facts do not make history. In the end the field will be left to those who peddle fake news.

Excluding short extracts from neighboring rights will lead publishers and news agencies to employ fewer journalists, to shut their bureaus in Afghanistan, Iraq, Iran, North Korea…  Then what will be the sources of information ? State media ? The disinformation campaigns run by authoritarian regimes ?

Let's not allow  " bots ", or robots programmed to carry out influence campaigns, and " troll farms " to take over from reporters, or leave online fiction to replace verified fact

If short extracts are removed from neighboring rights, the plundering of content will go on. The reason is simple : what internet surfers read in huge quantities, what generates millions of online interactions and thus considerable revenue for the platforms, is precisely these short extracts.

Another hobbyhorse for the internet giants is to eliminate press agencies from neighboring rights. And yet they are on the frontline of news. Every day, every hour, every minute, they produce, stories, photos, videos through the dense networks they have built across the world. They remain an indispensable compass helping everyone, thanks to verified, pluralist and exhaustive information to know what is happening from Syria to Russia, from isolated provinces to capital cities.

Without agencies, newspapers, radio and television stations, the internet sites would lose a large part of their raw news input, Without agencies, images would become rarer. Agency content is plundered just the same as the work of publishers. It is indispensable for democracy that the agencies continue to exist and that requires them to be fully included within the directive just the same as the publishers.

The duration of rights

The duration of the protection provided by neighboring rights is also a key issue. Some want it reduced to one year. Would it not be absurd that the internet giants could use the tragic pictures of the 2015 Paris attacks for free because more than a year has passed?  Common sense dictate a return to the initial duration period proposed of 20 years.

Can the European Union take the risk of emptying this neighboring right of its substance when we are witnessing increased danger across the world and the spread of "fake news " ?

We are told, and it is right that we should be, how important the European elections next May are for democracy. Then let’s not destroy a parliamentary text adopted on September 12 by 438 deputies, a very strong majority, after two years of work.

What is at stake in Brussels at this time is the future of the press and all creative arts in Europe. And there would be no negative impact on consumers who will continue to have free access.

Ladies and Gentlemen, Ministers, Members of Parliament, members of the Commission, journalists, publishers and news agencies are united in demanding fair reward for their work and for the investments made to keep the public informed. This is why the establishment of proper neighboring rights is critical for our democracy. 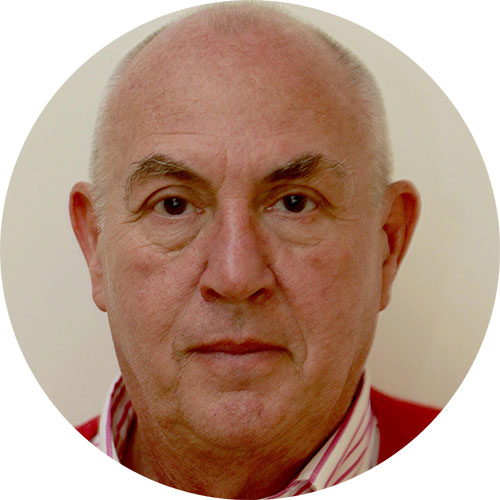