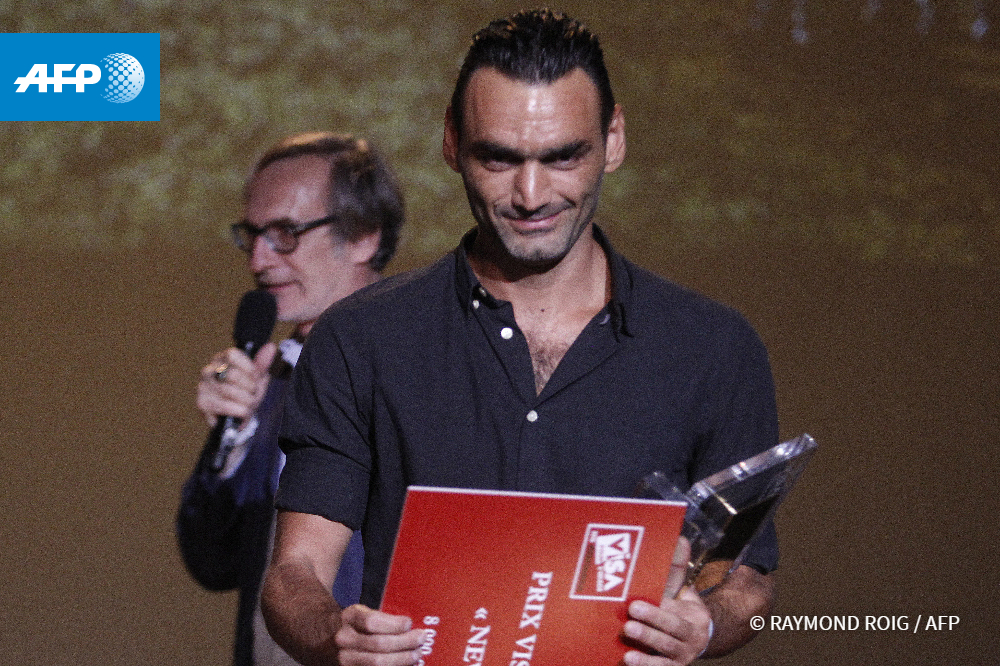 Messinis, 39, won the Visa d'Or for News, the most prestigious award handed out at the "Visa Pour L'Image" festival in Perpignan, southwestern France.

"I documented their struggle for a better life," he said.

This is the second year in a row that an AFP photographer has taken home the coveted prize, with Bulent Kilic winning in 2015 for dramatic images of refugees fleeing across the Turkish border.

"Our photographer Aris Messinis has done outstanding work with this powerful, moving and disturbing series of images," AFP's chief executive and chairman Emmanuel Hoog said in a statement.

"This Visa d'Or also recognises all the AFP teams throughout Europe and the Middle East who are reporting on the migrant crisis," he added.

Messinis' photos rocketed around around the world, showing life jackets as well as boat debris at the foot of a cliff, men crying with joy upon their arrival in Europe and harrowing rescue operations.

Messinis joined AFP in 2003 and has risen to become the head of the agency's photo desk in Athens.

His first major theatre was the Libyan conflict in 2011 when he recorded the battle for Syrte, days before the death of dictator Moamer Kadhafi.

For his courage and coverage of that conflict he was in 2012 awarded the Bayeux-Calvados war correspondents' award for photography.

After Libya he made the world's front pages with images from Syria and from the mass anti-austerity demonstrations in cash-strapped Greece.

He is the son of a photojournalist.