AFP photographer Daniel Sannum Lauten on Tuesday won a top prize in the China International Press Photo (CHIPP) competition, with an image of a ski-jumper framed against the moon.

Sannum Lauten, who is based in Oslo, won for best individual sport photo in the awards, launched in 2005 by the China Photojournalists Society. This year it received more than 30,000 entries from 60 countries. Other AFP photographers also received honours, including Hong Kong-based Philippe Lopez for an image from the aftermath of Typhoon Haiyan which struck the Philippines last year and left thousands dead.

Lopez's photo, which earned the gold prize in the "war and catastrophe" category, showed survivors carrying religious icons in a procession, with a devastated landscape as its backdrop. 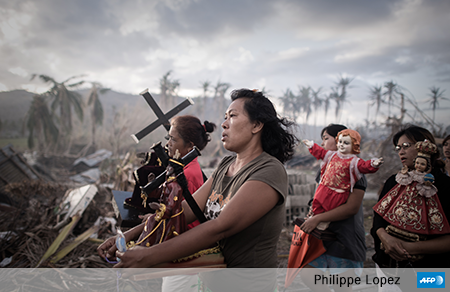 Istanbul-based AFP photographer Bulent Kilic was recognised for an image showing Turkish protesters massing in the capital, which won a commendation in the category for "major news not related to war or catastrophe". Christophe Simon, our head photojournalist in Brazil, won an award in General news category for his shot of anti-riot police firing on a demonstrator in Rio de Janeiro. Andrey Svitailo, based in our Moscow bureau, also won a prize in the category People in the news with his photo of Nikolai Alexeyev being hit by an anti-gay activist at a Russian rally. 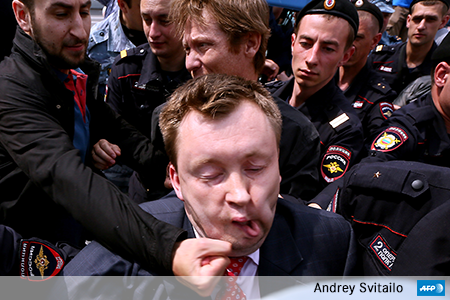 CHIPP was created in 2005 by the China Photojournalists Society in Shenzhen, in China’s Guangdong Province. For this 9th edition of the Awards, photographers from 23 nationalities received 75 Prizes in 8 separate categories.