For its main exhibition the festival - one of the most important photography festivals in Germany – will show a series of photographs dated March 31st 2016 by AFP photo-coordinator and photographer for Lebanon-Syria-Jordan Joseph Eid, depicting the ancient Syrian city of Palmyra before and after the destruction by Islamic State (IS) group jihadists.

The AFP Germany’s photo head Isabelle Wirth will attend a debate on the press photography in digital times. 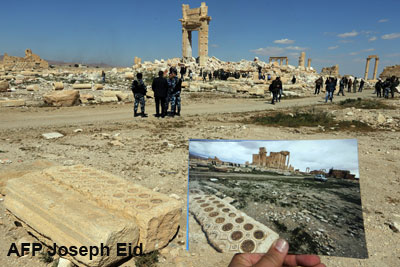