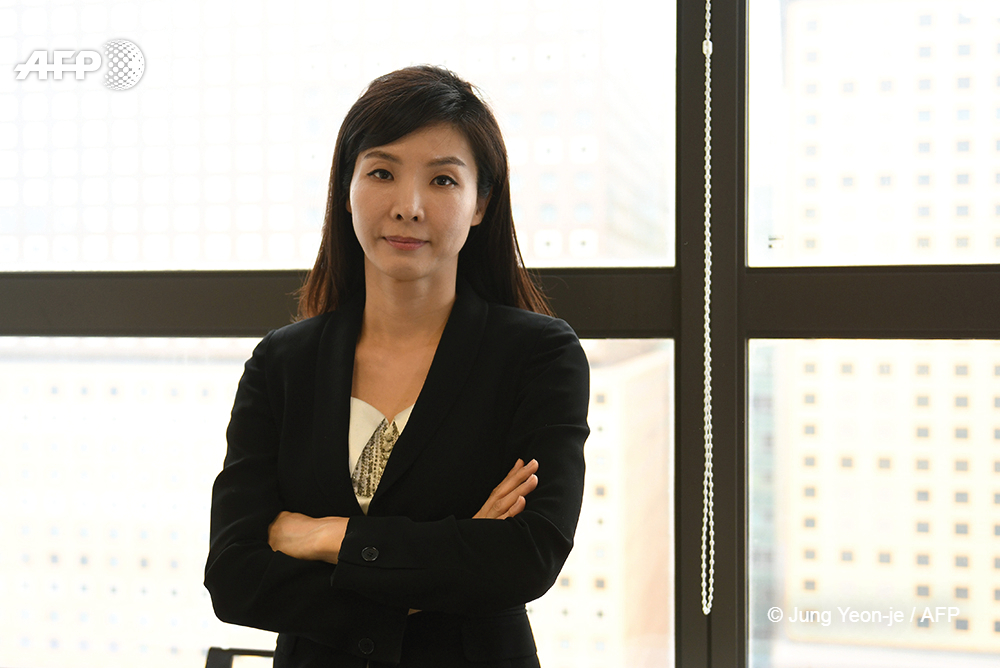 The woman who started SouthKorea's #MeToo movement has a shy demeanour and a whispery voice, but Seo Ji-hyun's actions have had a resounding impact on the lives of her countrywomen.

A prosecutor in Seoul, Seo was repeatedly groped by a senior colleague at the funeral of another co-worker's father. After she complained, she suffered years of career setbacks in an institution that is traditionalist even by the South's conservative standards.

Finally she went public with a tearful live television interview in January, her voice trembling as she defied convention to detail her experiences.

An unprecedented move in a society where patriarchal values remain deeply ingrained despite economic and technological advances, Seo's courage opened the floodgates.

Countless South Korean women have since come forward to accuse powerful figures in the arts, education, politics and religion of rape and other sexual misconduct.

The disgraced figures include a former presidential contender, a top film director who has swept awards worldwide, actors well known across Asia and a widely respected poet regularly nominated for the Nobel Prize for literature.

Her professional role had made her situation even more humiliating, Seo, 45, told AFP in a rare foreign media interview.

"It felt so shameful that as a prosecutor whose job is to seek justice, I could not even speak out about this criminal act", she said.

"I couldn't bear it any more. When I decided to speak out on TV -- which amounts to social suicide -- I was ready to resign and become a recluse for the rest of my life."

Seo's story exemplifies the plight of many SouthKorean women -- well-educated and hard-working yet discriminated against and mistreated by their employers -- as well as their frustration at the slow pace of social change. 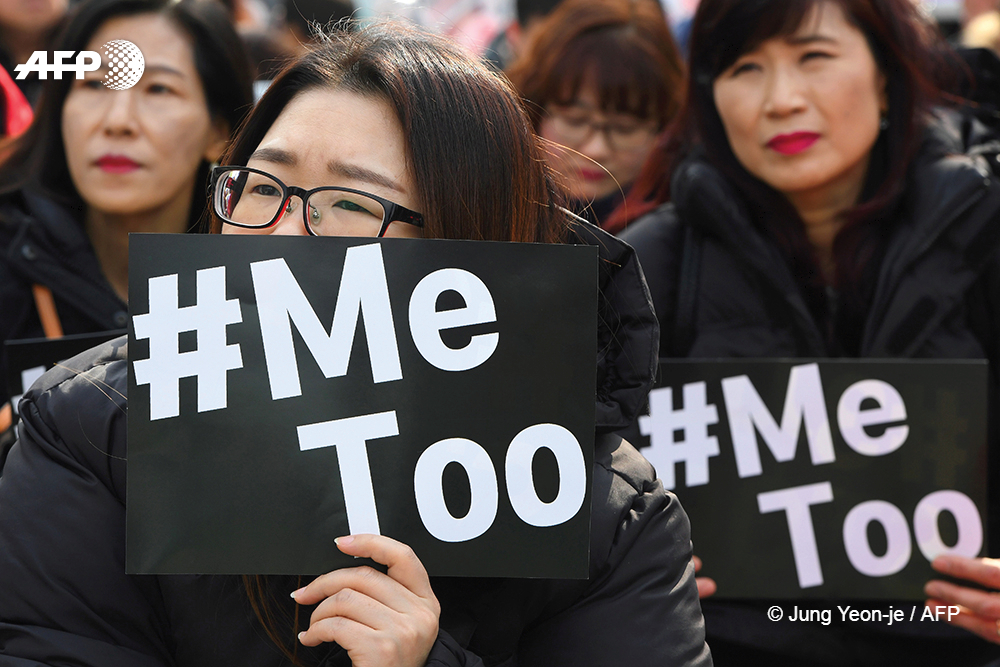 Even though South Korean women generally outscore men at school and in the entry-level job market, the country consistently ranks at the bottom of OECD surveys on gender pay gaps or female presence in senior positions.

Many women have experienced workplace sexual harassment, but those who speak out are often castigated for "causing a stir", marginalised, and sometimes fired.

Seo's case showed that even an elite prosecutor was no exception.

She regularly faced verbal or physical harassment by bosses or male colleagues after joining the prosecution agency in 2004, she said.

After the groping at the funeral, Seo consulted senior prosecutors who promised to persuade the man she accused, Ahn Tae-geun, to apologise personally.

The apology never came. Instead, Seo was reprimanded and reassigned to a relatively junior position in distant Tongyeong, a small town on the country's southcoast, despite having previously received ministerial awards for her performance.

Suspecting Ahn might be behind the move, she lodged a series of formal complaints, only to be scolded for rattling the agency, a deeply hierarchical organisation where loyalty is highly valued.

Women account for 30 percent of prosecutors but occupy only eight percent of senior positions at the agency, and a government survey this year showed 70 percent of female prosecutors had reported experiencing sexual harassment or abuse. Most stayed silent because they feared professional setbacks.

More widely, a survey by the Korea Women Workers' Association showed nearly 65 percent of women who complained about workplace harassment suffered damage to their careers.

It took Seo -- who is married with one son -- eight years to muster the bravery to go public.

Afterwards, she said, "many women thanked me, saying they took courage from my move because my case made them realise that it was not their fault that they could not dare to speak out after being abused -- it was society's fault."

Seo's television interview triggered an outpouring of support for her as well as a deluge of accusations by other women.

Ahn -- who was separately fired for corruption last year -- could not be charged with sex abuse because the one-year statute of limitations had expired. However he was indicted for abuse of power, accused of using his position to pressure senior prosecutors to reassign Seo to a junior position in revenge.

He denies the sexual abuse accusations, maintaining he was too drunk to remember what happened at the 2010 funeral, and a verdict in his closely watched trial is expected later this year.

But some of those who followed in Seo's wake have faced a legal backlash, their alleged abusers countering with lawsuits in a country where libel is a criminal offence and the truth not necessarily a defence.

In other cases, victims have been shamed for coming forward and subjected to vicious personal attacks.

Former presidential contender Ahn Hee-jung was acquitted last month of repeatedly raping a female aide with the court saying she had not shown "victim-like" behaviour because she had not quit the job.

One of the politician's male aides was recently caught posting more than 1,000 anonymous online diatribes against the woman.

Seo has not been exempt from paying what she describes as "a hefty price for speaking out". She has been on sick leave since the television interview and does not expect ever to return to the prosecutor's office.

"But I don't regret what I did," she said. "The long history of blaming, shaming and muzzling victims of sex abuse -- instead of perpetrators -- should stop here, now."