Selection of some of the most striking photographs taken by AFP photojournalists this past week (12-18 November, 2022). A football green is seen in the desert near Al Amamriya in western Qatar on November 15, 2022, ahead of the Qatar 2022 World Cup football tournament.
© Odd ANDERSEN / AFP An Afghan pigeon fancier makes his pet pigeons fly into the air at the Kolola Pushta hilltop in Kabul on November 14, 2022.
© Wakil KOHSAR / AFP 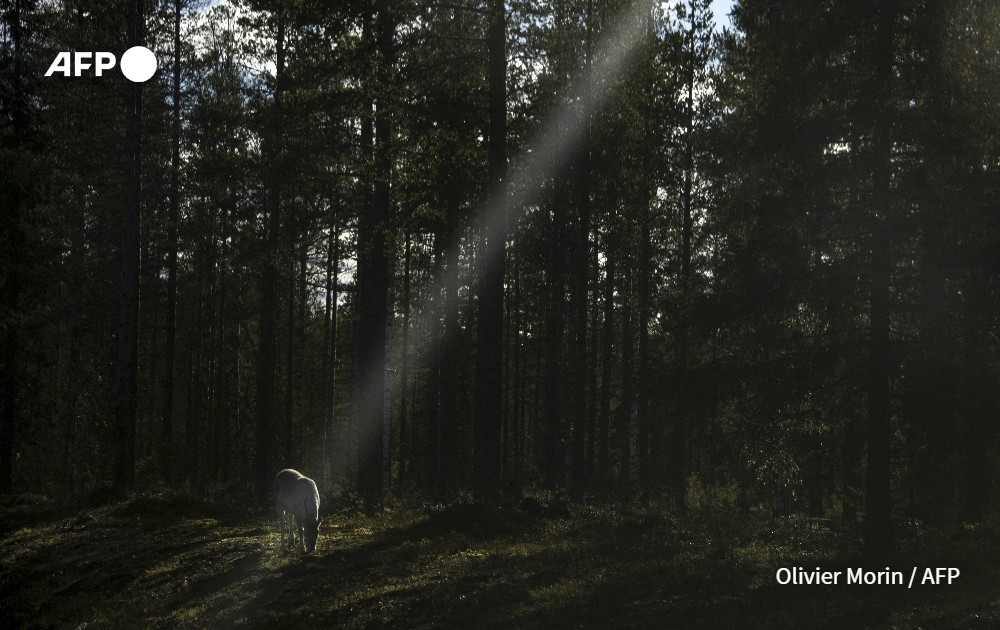 A reindeer walks in the boreal forest, above The Arctic Circle, in Finnish Lapland, near Kaakkurilampi on October 7, 2022, where during the last 20 years Scandinavian Arctic forests have been the target of an increasing amount of wood bugs, due to longer summers.
The boreal forest, which is only second to the Amazon in terms of its vital role in ensuring the future of the planet, encircles the Arctic -- and it is in just as much danger from climate change as the South American rainforest.The deep, verdant green ring -- which stretches across Canada, Scandinavia, Russia and Alaska -- has been weakened by increasing forest fires, the melting of permafrost, intensifying insect infestations and warming temperatures.
© Olivier MORIN / AFP 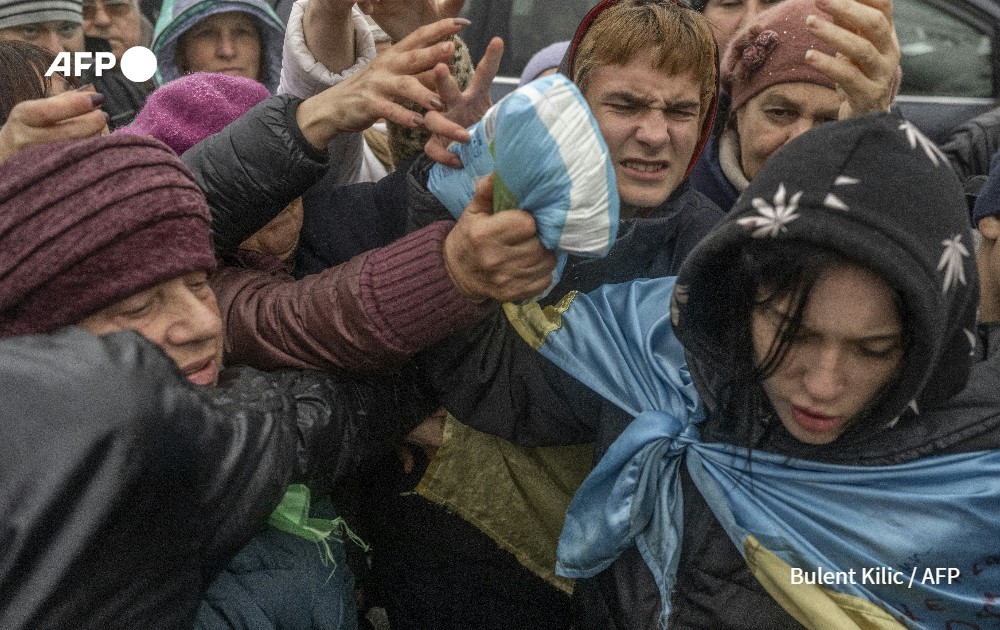 Local residents rush for an aid supply distribution in the centre of Kherson on November 17, 2022.
© Bulent KILIC / AFP 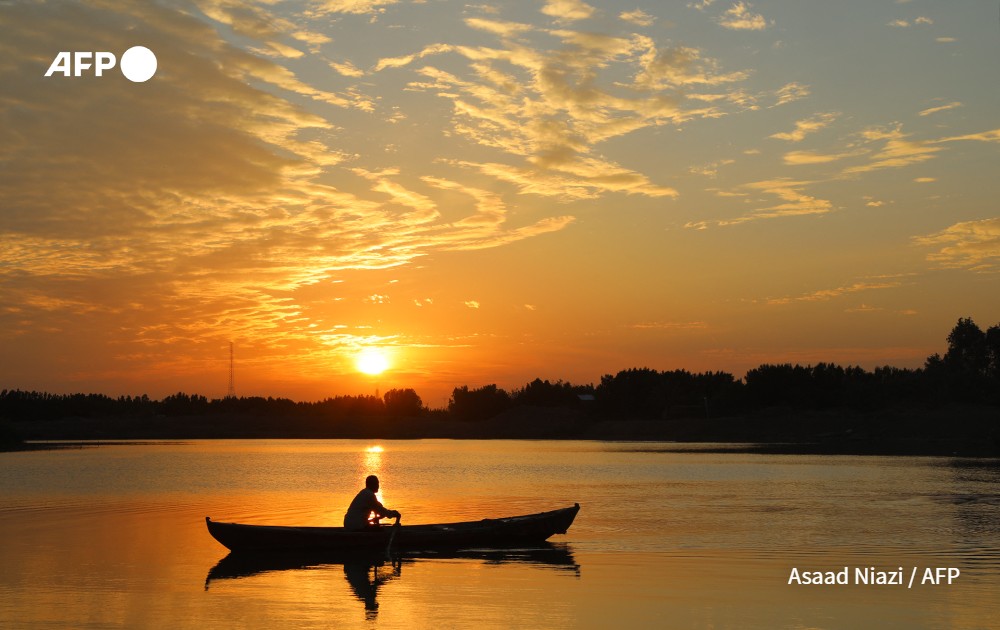 A fisherman casts his net into the Euphrates river in the Iraqi city of Nasiriyah in the Dhi Qar province, about 360 kms southeast of the capital, on November 13, 2022.
© Asaad NIAZI / AFP 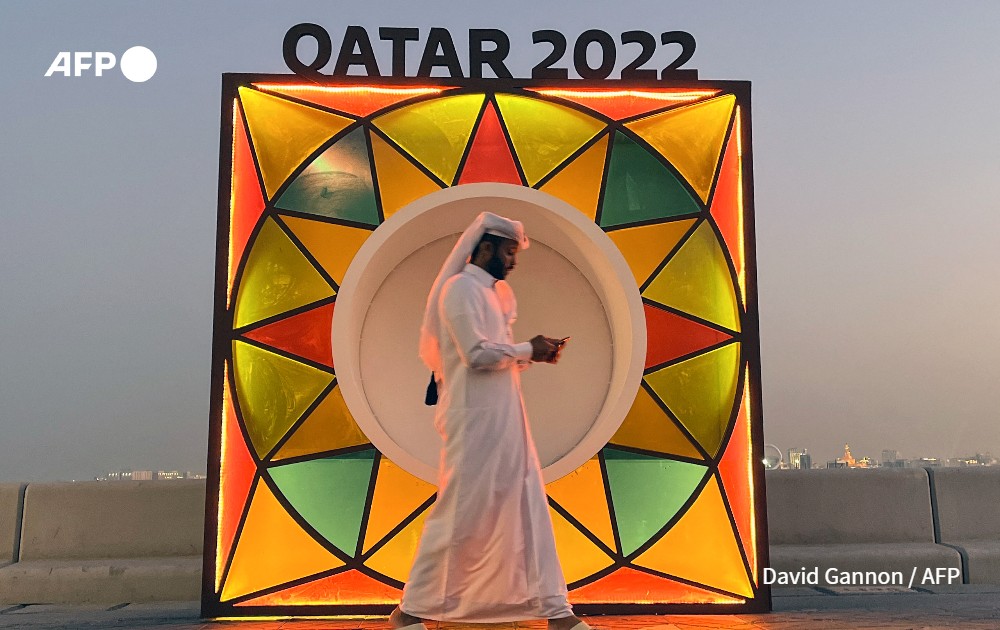 A man walks along the Corniche in Doha on November 16, 2022, ahead of the Qatar 2022 World Cup football tournament.
© David GANNON / AFP 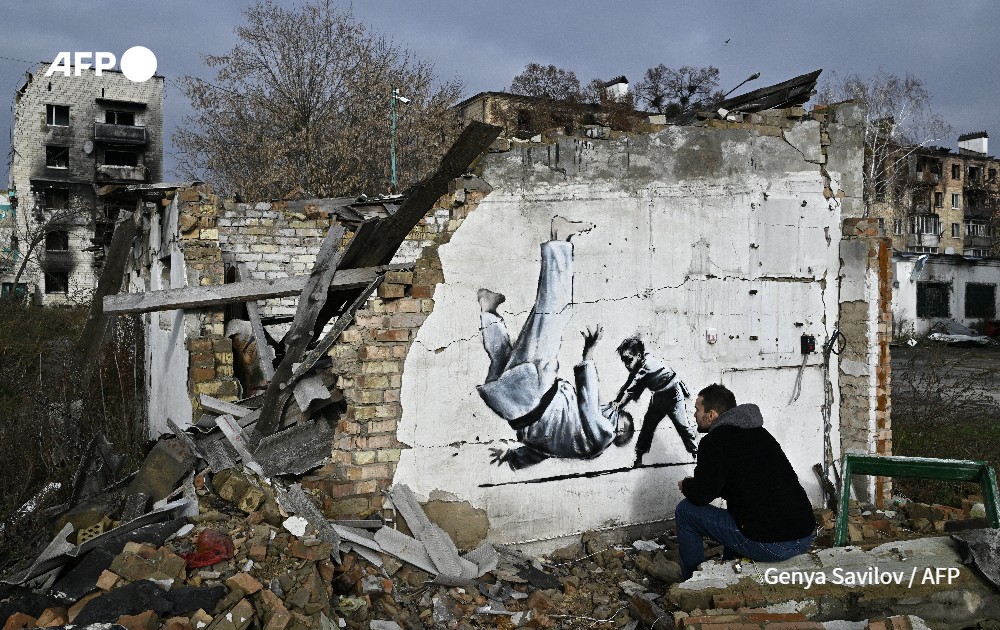 A local resident looks at a Banksy-style graffiti on the wall of a destroyed building, but its origin remains unconfirmed by the artist, in Borodyanka, near Kyiv on November 12, 2022, amid the Russian invasion of Ukraine. Banksy, the elusive British street artist, has painted a mural on a bombed-out building outside Ukraine's capital, in what Ukrainians have hailed as a symbol of their country's invincibility. On November 11's night the world-famous graffiti artist posted on Instagram three images of the artwork -- a gymnast performing a handstand amid the ruins of a demolished building in the town of Borodyanka northwest of the Ukrainian capital Kyiv.
© Genya SAVILOV / AFP