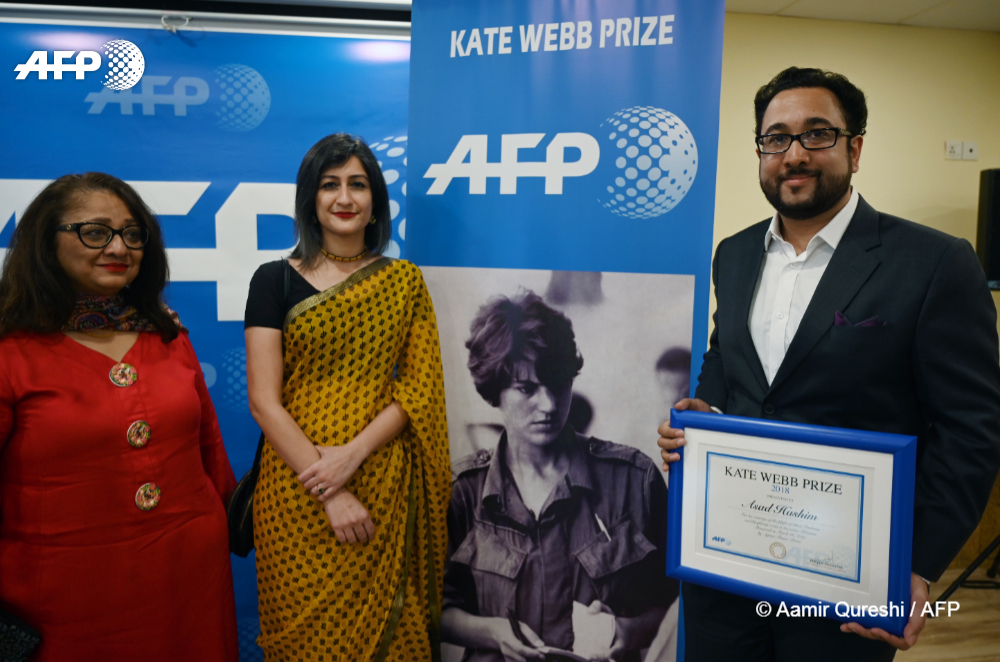 The award, named after one of AFP's finest correspondents, highlights journalism by locally hired reporters across Asia working in risky or difficult conditions.

Hashim, 33, was honoured for an illuminating series of articles on ethnic Pashtuns and other minority groups caught in the crossfire of Pakistan's bloody battle against militants.

These included an investigative report into enforced disappearances allegedly conducted by the country's powerful military and a reporting mission to the South Waziristan tribal region –- the birthplace of Pakistan's Taliban –- to look into the civilian toll from landmines.

Pakistan has battled homegrown militancy for nearly 15 years, with tens of thousands of people killed.

Pakistan also routinely ranks among the world's most dangerous countries for media workers, and coverage critical of the powerful military is considered a red flag, with reporters at times detained, beaten and even killed for running afoul of the security establishment.

"(He is) a very good writer, a very good storyteller, and a very brave journalist," said AFP Asia-Pacific regional director Philippe Massonnet during a ceremony in Islamabad Tuesday.

The award also recognised his work on other highly sensitive issues, such as Pakistan's blasphemy laws and its judicial system.

"I feel like this award is not just a recognition of my work," said Hashim.

"It's recognition of the environment and particular difficulties that all Pakistani journalist are facing."

The Kate Webb Prize, with a 3,000 euro ($3,400) purse, honours journalists working in perilous or difficult conditions in Asia, and is named after a crusading AFP reporter who died in 2007 at the age of 64, after a career covering the world's troublespots.

"The award means continuation of Kate's name... and the continuation of what she did as a journalist. I think all those things are very important," said Rachel Miller, Webb's sister.

The award, which in 2017 went to Myanmar journalist Mratt Kyaw Thu for his brave coverage of ethnic and religious conflict in his homeland, is administered by AFP and the Webb family.