Agence France-Presse photographer Yasuyoshi Chiba won the prestigious World Press Photo of the Year Award on Thursday with a picture of a mobile-lit Sudanese demonstrator reciting protest poetry in which judges saw a symbol of hope.

Chiba's picture, taken during the popular uprising in Sudan calling for the return to civilian rule last year, showed the power of youth and art while itself possessing a "poetic" quality, the judges said. 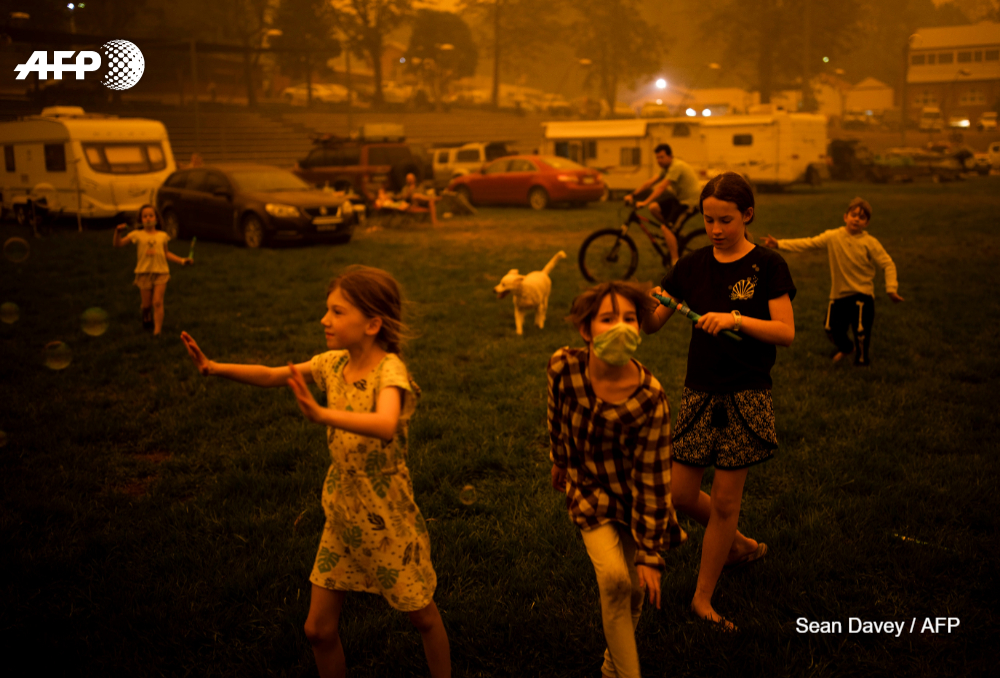 - 'People still had the passion' -

The poet is dressed in a light blue shirt and lit up by about a dozen mobile phones, while in front of him the side-view of a smiling face is visible among many faces.

"This moment was the only peaceful group protest I encountered during my stay and I felt touched by the undefeated solidarity of their revolution," Chiba, who is Japanese, told AFP.

The picture "showed that the people still had this passion inside and I felt part of it. I saw how the strong will of the people was there and that it could not be put out by violence," the 48-year-old photojournalist said.

Protests continued in the aftermath of the overthrow of long-time strongman Omar al-Bashir in April last year. A military government took over but citizens demanded a return to civilian rule, with a power-sharing agreement finally reached in August.

Chiba's picture "shows power of the youth, it shows the power of art. It shows hope," said Tanvi Mishra, one of the judges on this year's panel.

"Even though he was reciting poetry, I want to say it was a poetic picture," added Getty Images' Chris McGrath, another judge.

In the other major category, Romain Laurendeau, a French photographer, won the World Press Photo Story of the Year Award with his monochrome portrayal of Algeria's frustrated youths leading on to a massive revolt last year.

Unlike other years, photographers will not travel to Amsterdam to receive their awards due to the restrictions imposed because of the coronavirus pandemic, organisers said.

Instead, all the nominees got together by video conference call earlier Thursday where Chiba was announced as the winner, with the names released online later on Thursday.

"The award shows AFP's consistent commitment to reporting stories from challenging locations such as Sudan and is a tribute to our unrivalled network of photographers in Africa," he said.

Beijing-based Asfouri, who is Danish, won first prize in the General News - Stories category with his vivid portrayal of the ongoing Hong Kong anti-government protests.

Asfouri's series include images of face mask-clad protesting school girls dressed in blue and holding hands while crossing a road and a protester running with a red umbrella and a yellow sign that reads "LOVE".

"We are also very proud the jury has chosen to recognise the excellence of our storytelling of the Hong Kong unrest, as well as our sports and environment coverage," said Chetwynd.

"I am all the more pleased with these awards because it highlights the importance of being close to the ground and people in particular," added AFP Photo Director Marielle Eudes.

Here they are in their own words in the AFP Correspondent blog.