The 2019 edition of the World Press Photo honours 3 AFP photographers.

John Wessels scored twice in the “General News – Stories” category for his work in the Democratic Republic of Congo. The first coverage entitled “A Fight for Democracy” shows a supporter of opposition leader Martin Fayulu during demonstrations in Kinshasa and won the 2nd prize. The second – Fighting Ebola and Conflict – depicts a medical worker at a treatment center in a conflict zone and won the 3rd prize of the category. John Wessels began his career as a photojournalist in 2014 and joined AFP in 2016. He has been based in Kinshasa since 2017. His work has mainly focused on humanitarian crises across the country.

Brendan Smialowski received the 3rd prize in the “General News – Singles” category for an image of President Emmanuel Macron being taken by the hand by President Donald Trump during the French leader’s official visit to the White House in April 2018.

Brendan Smialowski has been based in Washington since 2003 and joined AFP in 2012. He is accredited to the White House and has covered national affairs and recent natural disasters. 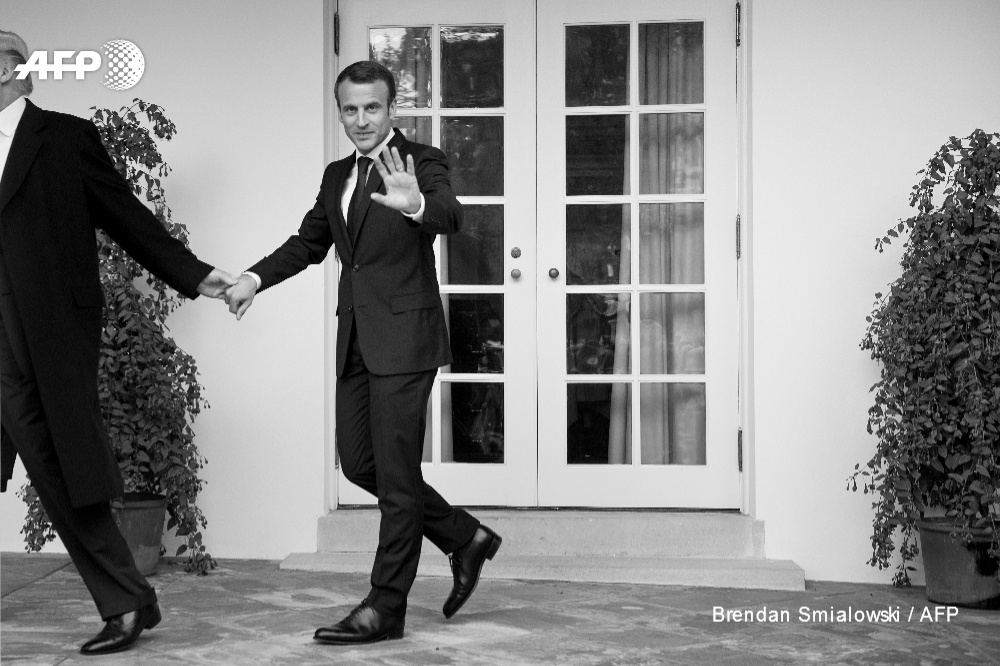 Pedro Pardo won the 3rd prize in the “Spot News – Singles” category for his image of Mexican migrants climbing over the border fence with the United States.

A photojournalist since 1998, Pedro Pardo is based at the AFP bureau in Mexico City and his coverages have included the migrant crisis, the drug war and Fidel Castro’s funeral.

He has won several prizes including 3rd prize in the Contemporary Issues- Stories category of the World Press in 2012 and second place in the Bayeux Calvados War Correspondents awards in 2011. In 2018, three AFP photographers won World Press Photo awards, including Ronaldo Schemidt who won the top prize of World Press Photo of the Year for his image of a Venezuelan demonstrator in flames during clashes with riot police.