The work of three AFP photographers will be showcased on the 19th edition of the La Gacilly Festival Visions of the East, from June 1 to September 30, 2022. Throughout 22 exhibition across the city streets and gardens, this festival will put the spotlight on Iran, Afghanistan and Pakistan.

The festival will exhibit "the most moving pictures" taken by two reporters who witnessed the recent historic events in Afghanistan: Shah Marai, Chief Photo of the Kabul bureau, who was killed during a suicide attack in 2018 in Kabul, and his succcessor Wakil Kohsar. Wakil Kohsar was born in the country’s Panjshir valley in 1985. During the civil war, he was forced to migrate to neighboring Pakistan where he lived for almost eight years. After his return to Afghanistan and the overthrow of the Taliban in 2001, his passion for photography led him to study at the Aina Media & Cultural Center in Kabul. Before joining AFP he worked for the Moby Media Group. He has been working as a reporter-photographer for AFP for the past nine years and has been published in Afghanistan and around the globe. He became AFP’s chief photographer for Afghanistan succeeding Shah Marai, who was killed on April 30, 2018 while covering an attack in Kabul. 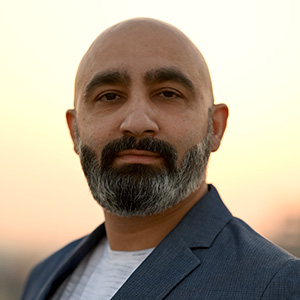 Money Sharma is an AFP photographer based in New Delhi. His work will be exhibited in the other main category of the festival dedicated to the environment, and will show India's dependence on charcoal and its consequences on the planet and people's health.

Money Sharma depicts all the links of the Indian charcoal chain: from domestic consumption for heating purposes to the vastness of mines where thousands tons of this black gold are excavated. A poisonous fuel for the planet and the health of the people who live on these wounded lands, filled of cracks emanating flames and toxic gas.

The 22 exhibitions of the La Gacilly Photo Festival are entirely outdoors and free of access.

- Visions of the East highlights artists from Iran, Afghanistan and Pakistan, as well as connoisseurs of these countries.

- The world of tomorrow shows Money Sharma's work in India, Gabriele Cecconi's "La terre des misérables" (the land of the wretched) on Rohingyas' camps in Bangladesh, and Stéphan Gladieu's "Homo Detritus" in the Democratic Republic of the Congo.