A Yemeni journalist who contributed to AFP, Nabil Hasan al-Quaety, was gunned down and killed Tuesday in Yemen's southern city of Aden, prompting the government to call for an investigation.

The 34-year-old videographer and photographer, who also worked for other major news organisations in the region, was shot in his car by unknown assailants shortly after leaving his home in Aden. A security source told AFP that the armed men escaped. 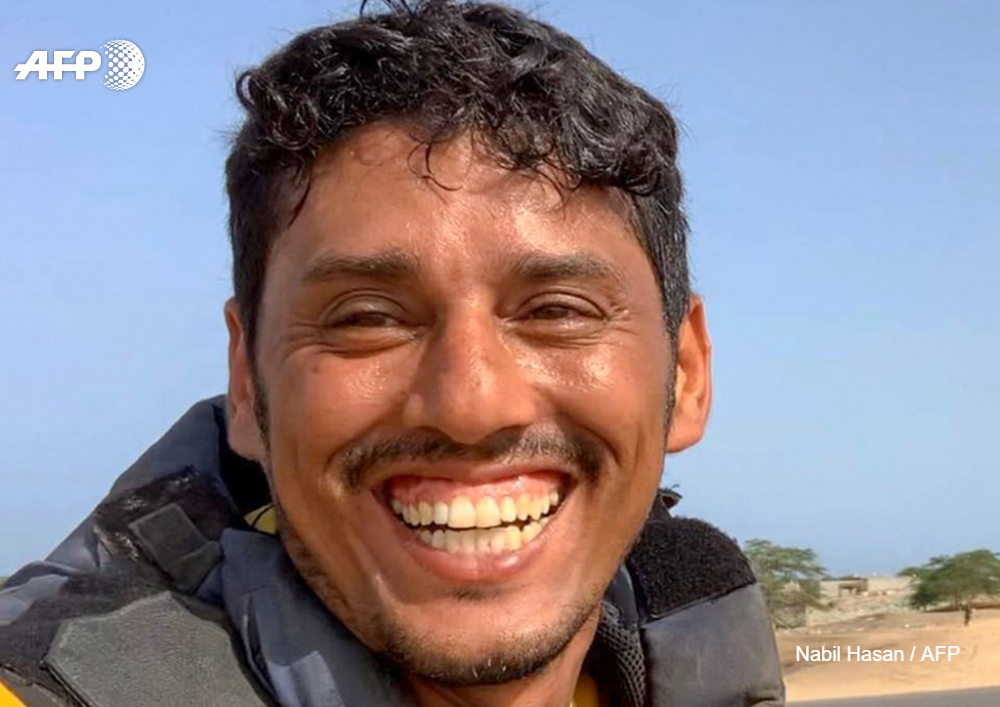 "Targeting journalist Nabil al-Quaety in an organised and planned assassination is an attack on the press in Yemen, and it reflects the failures and mistakes of all the warring parties," Najib Ghallab, undersecretary at Yemen's information ministry, told AFP.

"We condemn this crime against Quaety, whose work was to cover events and facts in pictures. It seems that his work has caused outrage among some extremist parties."

Ghallab called for "a clear and transparent" investigation into the killing, and for the internationally recognised government and the southern separatists -- who control Aden -- to collaborate in the probe.

"It is with great sadness and pain that the STC mourns the martyrdom of the war photographer Quaety in a treacherous terrorist operation," it said in a statement, calling for a "transparent" investigation.

Quaety, who also went by the name Nabil Hasan, began working with AFP in 2015. He was married with three children and had a fourth on the way.

"We are shocked by the senseless killing of a courageous journalist doing his job despite threats and intimidation," said AFP's Global News Director Phil Chetwynd.

"Through his work with AFP over the past five years, Nabil had helped to show a global audience the full horror of the conflict in Yemen. The quality of his work had been widely recognised," he said.

"The thoughts of everybody at AFP are with his wife and children today."

In 2016, Quaety was a finalist in Britain's Rory Peck Award for his work covering Yemen's long conflict that pits the government again the Huthi rebels, with an entry the judges described as "rare and outstanding".

"What do we know about Yemen? We know there's a nasty, tragic war, but we never see it. There must be almost nowhere harder to get into and to get pictures out of," they said at the time.

In January 2019, Quaety survived a deadly Huthi drone attack on Yemen's largest airbase, Al-Anad, north of the southern port of Aden, during a military parade he was covering.

Another AFP contributor in Yemen, photographer and videographer Abdullah al-Qadry, was killed in 2018 in a shelling in the centre of the country while on assignment for Yemen's Belqees television.

Yemen lies at the bottom of Reporters Without Borders' world press freedom index, in 167th position out of 180 countries listed.