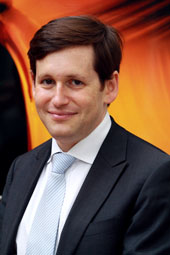 Emmanuel Marcovitch will work alongside AFP Managing Director Rémi Tomaszewski. He succeeds Fabrice Bakhouche, who has joined the French Prime Minister’s staff as technical advisor in charge of media and the digital economy.

Emmanuel Marcovitch is a graduate of the university of Paris-Dauphine (1995) and Institut National des Télécommunications (1996), and is a former student of ENA (2006-2008).

He started his career at the Massachusetts Institute of Technology (MIT), where he conducted a research programme on the social integration of the Internet. Upon his return to France, he implemented the result of his work within “Le Métafort d’Aubervilliers” Organisation.

He then joined the Vivendi Universal Publishing group in 1998, successively as manager of multimedia research within the marketing & strategy department, programme manager for the "Cadres Online" website, then as manager of "Profile Up", a subsidiary of the Group.

Emmanuel Marcovitch was appointed to the Cour des Comptes (Court of Auditors) in 2008, after graduating from the Ecole Nationale d'Administration (ENA). He is in charge of auditing in the areas of public broadcasting, culture and education. He is rapporteur for the Court’s standing committee controlling copyright collecting societies. He is also a member of the Commission on Access to Administrative Documents (CADA), as a qualified person in matters concerning the public diffusion of information.