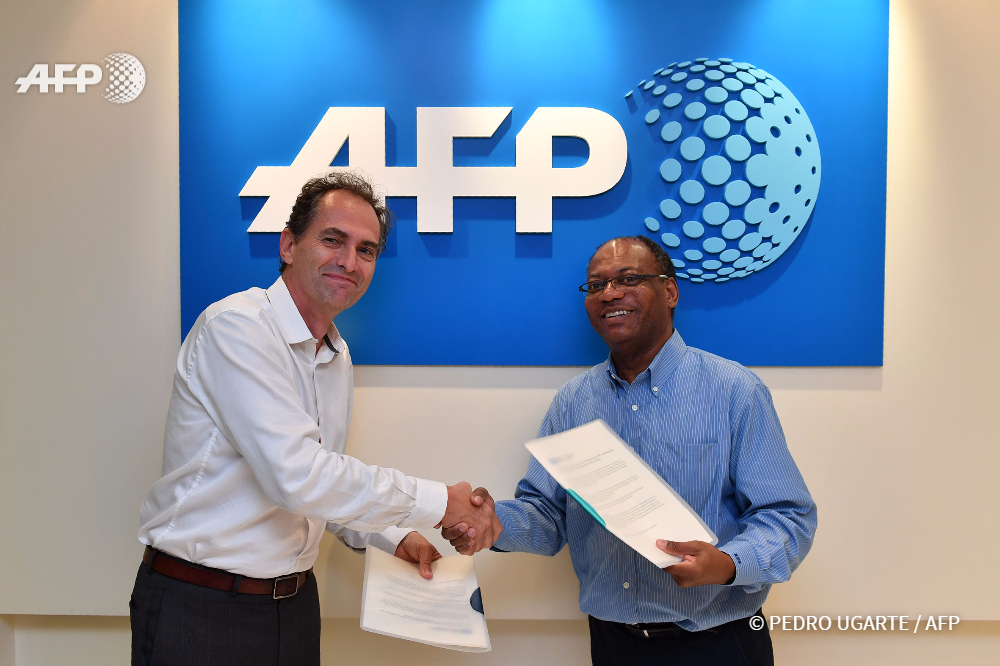 The agreement was signed by Philippe Massonnet, AFP Asia-Pacific director, and Keith Richburg, director of the HKU Journalism and Media Studies Centre.

“AFP is proud of this partnership with Hong Kong University, which has some of the most outstanding journalist graduates in the Asia-Pacific region”, Massonnet said

“At a time when the world of journalism is suffering economically and is trying to reinvent itself in an increasingly disrupted media environment, it is more important than ever that news professionals and journalism schools collaborate closely to promote quality, innovative and borderless journalism."

Richburg, a distinguished Washington Post correspondent for more than 30 years, who took over as director of the HKU journalism school in September 2016, said: "AFP has an international reputation for journalistic excellence, particularly so here in Asia, so I'm excited about this new partnership that will give JMSC students access to AFP journalists, the chance to use AFP video while learning TV production skills, and the opportunity to work as interns in bureaux.”

“We are also very excited to assist in publishing AFP’s code of ethical standards into Chinese, which we believe will make a long lasting impact on journalism.”

In June this year AFP published an in-depth set of ethical guidelines -- Editorial Standards and Best Practices -- in English, French and Spanish, and under the partnership with HKU will publish versions in simplified and traditional Chinese characters in the near future.