Glocal aims to classify content (particularly photos and videos) per event and offer the user an interface for searching and navigating through events.

It is based on modeling events according to 4 of the 5 Ws of classical journalism: the “what” or event title, “where”, its location, “when”, its time frame, and “who” relating to people or organisations taking part in the event.

In Glocal, events are analyzed both from a local and global perspective, according to the user’s viewpoint. 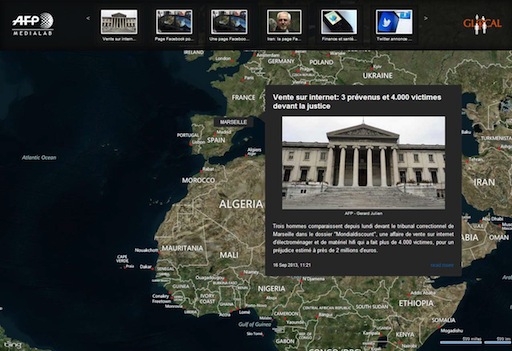 Glocal aims, for example, to allow the sharing of event content between media professionals or between communities of participatory journalism.

The project results have been tested on a number of events, including the World Football Cup 2010 and the Arab Spring.