Freelance journalists across the world face many challenges every day. Take Burundi. Since President Pierre Nkurunziza announced last April a bid for a third term in office, over 100 journalists have fled the nation for neighbouring countries.

And we – a group of 19 journalist and technical staff of the London bureau of the AFP news agency – want your help to do something to support them.

On 30 April this year, we will take part in a 12-mile (19-kilometre) endurance challenge: running, jumping and wading across the British countryside, plunging into icy water, scaling walls and overcoming obstacles. Why? To raise money for the Rory Peck Trust, the only organisation dedicated solely to the support, safety and welfare of freelance journalists the world over.

Since the start of the current crisis in Burundi, the Rory Peck Trust - set up in 1995 in memory of a freelance British cameraman killed in Moscow - has directly supported 13 Burundian freelancers, helping them to safety and providing basic subsistence, rent and equipment so they can keep on working in exile.

In addition to direct individual support, the Trust has supported a house rented by the Rwanda Journalist Association in Kigali accommodating up to 25 journalists in a project that began in association with the Burundian Union for Journalists. The project has also received funding from the International Federation of Journalists and the Committee to Protect Journalists.

This is just a small part of the work that the Trust does in Africa. Last year it provided direct support to 55 freelancers across the continent – freelance journalists from Eritrea, Kenya, Somalia and Uganda to Burundi, Cental African Republic, Angolan Republic, Democratic Republic of Congo, Gambia, Rwanda, South Sudan, Sudan, Rwanda and Zimbabwe – who have been injured, threatened or forced into hiding or exile. It does this work in partnership with local journalist associations.

This is why we are asking you to help the Rory Peck Trust provide the sort of practical support that freelance journalists and their families need in times of crisis, to keep on bringing out the stories that matter across the world.

You can read more about what we are doing to raise money for the Trust on the main website.

​​All the money raised by the AFP team ​will help to support ​the Trust's work with ​freelance journalists ​globally.

Peter Cunliffe-Jones is Deputy Director of the AFP Foundation and Executive Director of Africa Check, Africa’s first fact-checking organisation, set up in 2012 to promote accuracy in debate and the media in Africa. 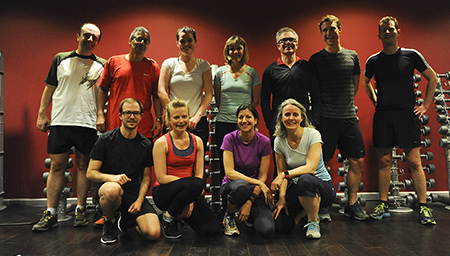 Previous Back to summary
close