Ameer Alhalbi received second prize in the Spot News-Stories category for a series of images taken in Aleppo, Syria, from April to November 2016. His images show the aftermath of air strikes, with civilians and UN relief workers trying to rescue people from collapsed buildings.

Ameer Alhalbi, a 21 year old Syrian, began his career as a photo journalist in 2013 and started working for AFP in Aleppo in 2016. He described the horrors of daily life under aerial bombardment in an article for AFP’s Correspondent blog entitled A Day of Hell in Aleppo.

Abd Doumany received second prize in the Spot News – Singles category for an image of a wounded child in a makeshift hospital in the city of Douma following a government air raid.

Abd Doumany, a Syrian photographer aged 26, covered his country’s uprising from the start and began his collaboration with AFP in 2014. His portfolio of images of child victims of Syrian government air raids in Douma received prizes at the CHIPP 2015, the Word Press Photo 2016 and the Istanbul Photo Awards in 2016. A post on AFP’s Correspondent Blog is devoted to his coverage. 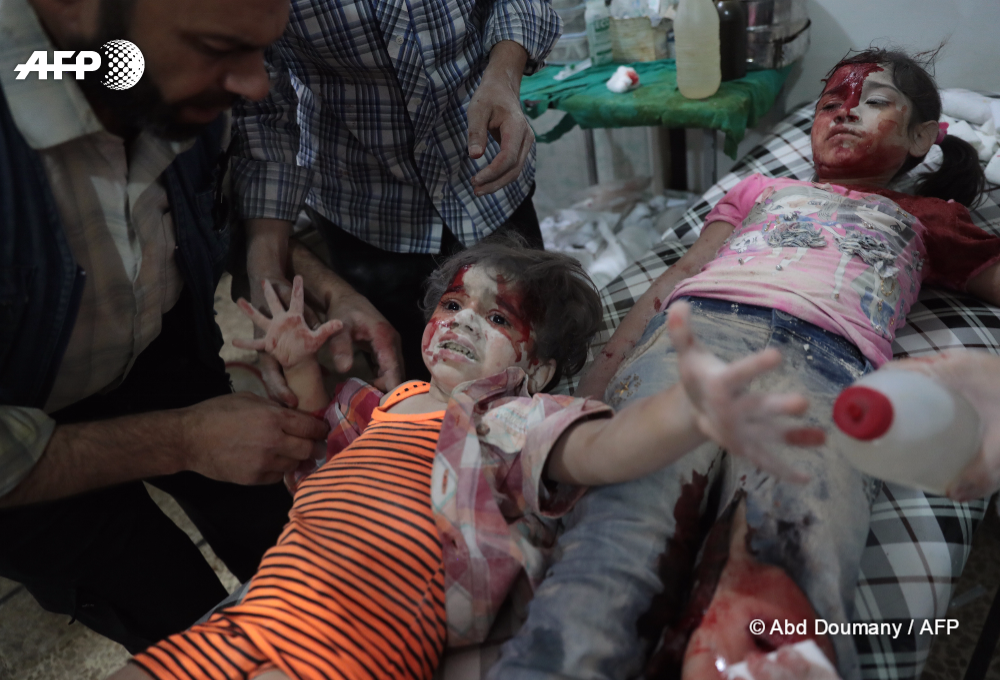 Noel Celis, received third prize in the General News-Singles category for his images of an overcrowded prison in Quezon City, the Philippines. The prison was built to hold 800 inmates but has almost 4,000 prisoners crammed into cells and the prison yard, leaving them no room to move.

Noel Celis, a 33-year-old Filipino photographer based in Manila, joined AFP in 2009 after working for the Manila Times and the Manila Bulletin. His coverage of Typhoon Haiyan was featured in an exhibition at the 2014 Visa pour l’Image photo festival in Perpignan, France. One of his images from the typhoon was featured on the front page of Time magazine.
Shortly after the presidential election in 2016 he began covering the impact of the crackdown on crime ordered by Rodrigo Duterte. He described the harsh reality of the campaign in the AFP Correspondent blog. His prison coverage has already earned him the international photo prize awarded by Fondation Varenne in 2016.