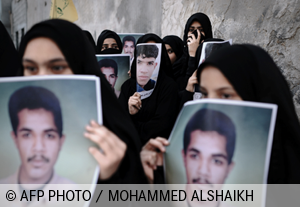 AFP photographer Mohammed Al-Shaikh and the BBC's Lyse Doucet were among the winners at the annual Bayeux-Calvados awards for war correspondents announced on Saturday in Bayeux, northwestern France.

Three of the seven prizes went to coverage of the conflict in Syria, where a devastating civil war has raged for the past three and a half years.

The international jury, chaired by US veteran foreign correspondent Jon Randal, awarded the first prize in the photo category to AFP's Al-Shaikh for a series of striking images covering violent demonstrations in Bahrain, which began in 2011.

AFP's Manama-born Al-Shaikh, an engineering graduate, said it was "a big honour" to win the photo prize for the coverage of the unrest in his home country.

"There was huge interest for pictures showing the protests in Bahrain, especially in the two years" that followed the first demonstration, he told AFP.

"But life in Bahrain does not stop there. Unfortunately the protest movement eclipsed everything else: people's everyday lives, society at large. I think there is now room to work on new topics."

"This prestigious award recognizes the long-term work of a photographer who, with great talent and professionalism, continues to be the witness of events which have shaken the Arab world since 2011," he said. 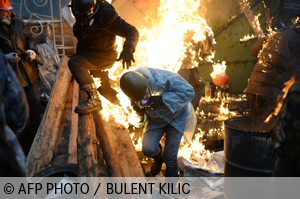 Turkish photographer Bulent Kilic, 35, who received third prize for coverage of clashes between security forces and protesters in Kiev’s central Maidan Square, began his career working for the local press and became a photo journalist in 2003, joining AFP two years later as a freelance. Kilic is currently chief photographer for Turkey and has carried out several missions abroad including Ukraine, and in the border zone between Iraq and Turkey.

Created in 1994, the Bayeux-Calvados awards recognise reporting on conflicts and their impact on civilians as well as stories covering the defence of freedom and democracy.

Earlier this week, on the sidelines of the 21st edition of the awards, hundreds turned out for the unveiling of a memorial in honour of the 113 journalists killed over the past year.

Among those at the ceremony were the parents of US reporter James Foley, who was beheaded by Islamic State militants in August.