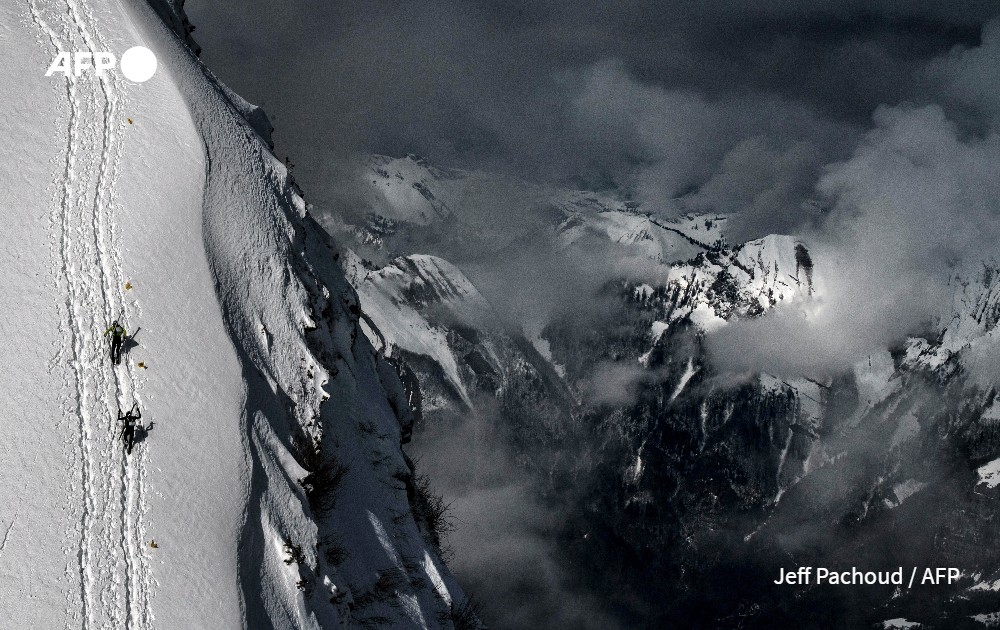 "This photo means a lot to me. It was taken during the Pierra-Menta, a mythical ski mountaineering race where elite athletes from all over the world compete in pairs at breath-taking speeds in a setting that is just as breath-taking. This shot tells the story of these men and women who practice a sport whose commitment goes beyond all limits. But, if this image pays tribute to the athletes, to the mountaineers and more generally to winter sports, I have to say that photographing this incomparable event was above all the pretext to pay homage to Nature, so wild, so beautiful and threatening sometimes". Jeff Pachoud has been a photojournalist for AFP for 15 years. Based in Lyon, he covers all national and international news

He covers all the major alpine competitions, the Olympic Games and the Tour de France. He has received numerous international awards including a World Press Photo as well as the Paris Sport Photo 2021 Grand Prize and a 1st prize at the Winter Sport Photo Awards.