Brendan Smialowski won “Photographer of the Year” and “Political Photo of the Year” in the Top Honors category. He won the political photo prize for this image of US Secretary of State Antony Blinken, US President Joe Biden, Russian President Vladimir Putin and Russian Foreign Minister Sergey Lavrov before a meeting in Geneva on 16 June 2021. This category rewards a series of photos dedicated to American politics. Smialowski won for his work while following US President Joe Biden in the face of the Ukrainian crisis.

He was also awarded first place in the​ PORTFOLIO category for all his work presented at the competition.

PICTURE STORY/NEWS – Second Place for his photo series of people in Mayfield, Kentucky, trying to make their way back home through the rubble after tornadoes and violent storms in December 2021.

POLITICAL PORTFOLIO – Second Place. This category recognises a portfolio composed only of pictures submitted in the other four political categories.

Brendan Smialowski was chosen for his photo of US Secretary of State Antony Blinken, US President Joe Biden, Russian President Vladimir Putin and Russian Foreign Minister Sergey Lavrov before a meeting in Geneva on June 16, 2021. DOMESTIC AND INTERNATIONAL NEWS – Third place for this shot of a man sitting where his house was and observing the damage caused by the storm that hit Mayfield, Kentucky in December 2021 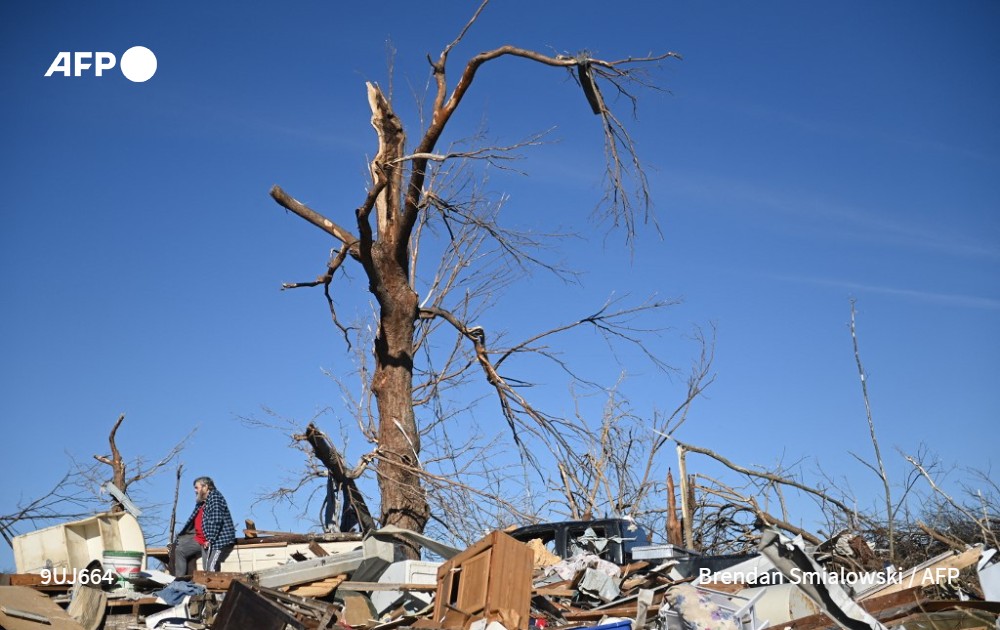 PICTORIAL – Award of Excellence for the picture of a a Marine awaiting Marine One with US President Joe Biden at a landing zone in Brandywine Creek State Park October 8, 2021, in Wilmington, Delaware. PICTORIAL – Award of Excellence for this photo taken on March 3rd, 2021, showing runners passing by the National Mall, despite heightened security concerns while possible protests or violence were expected in Washington, DC. Graduated from the University of Missouri-Columbia in 2003, Brendan Smialowski is based in Washington and has been working for AFP since 2012. Prior to this, he worked as a freelancer with wire services, newspapers, and magazines.

During university, he studied history and freelanced between classes, later moving to Washington, DC. Smialowski is a general news journalist.

Smialowski is also the author of the cult photo that broke the internet on January 23, 2021, and launched a thousand memes of Bernie Sanders sitting cross-legged, arms folded, and wearing mittens at Joe Biden’s inauguration.