Obama ‘Selfie’ among five prize-winning AFP images in NPPA’s 2014 “The Best of Photojournalism”.

Claudio Santana, a freelance photographer, won first prize in the “International News Single” category for his image distributed by AFP showing riot police shielding themselves during a student demonstration for educational reforms in Santiago, Chile.

Bulent Kilic, an AFP photographer based in Istanbul, won third place in the “International News Picture Story” category for his series on the Taksim protests calling for the resignation of Turkish Prime Minister Recep Tayyip Erdogan. 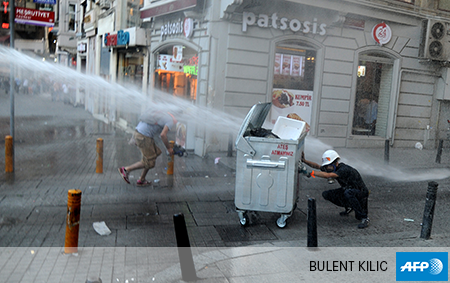 Roberto Schmidt, AFP’s chief photographer in New Delhi, received an honourable mention in the “Feature” category for his image that went viral of Barack Obama, David Cameron and Helle Thorning Schmidt posing for a ‘selfie’ at the Soweto memorial ceremony in honour of Nelson Mandela. Daniel Sannum, who works with AFP in Norway, received two honourable mentions. The first in “Sport Action” for his shot of skier Ander Bardal training at the Ski Jumping World Cup. The second in “Sport Feature” for the image of exultant Russian skiers Alexander Legkov and Ilia Chernousov at the finish line of the cross-country event in the Ski World Cup. Francisco Leong, an AFP photographer in Lisbon, also   won an honourable mention in the “Sport Action” category for his photo of midfielders Lucho Gonzalez (FC Porto) and Gabi (Atlético Madrid) during a Champions League game. 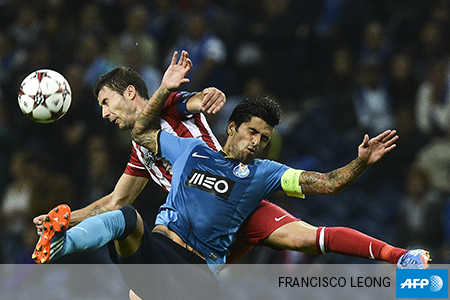 Boasting a network of 500 photographers who frequently win the most prestigious international awards, AFP publishes more than 3,000 photos each day, and is renowned for its photo expertise and coverage. AFP’s image bank has 40 partners who enrich its offer, which includes some 23 million photos. Created in 1985, the international photo service has septupled its production since 2000.